The health and social care system should enable the needs of vulnerable people to be met quickly and without any barriers. However, my experience as a public servant was of a system that did quite the opposite. I hope the recent changes to the Department of Health (and the inclusion of Social Care) will provide us with the opportunity to implement a system that more effectively supports the most vulnerable in society. I wonder whether we will embrace this opportunity.

Social Care over the last ten years has championed putting the person at the centre of decision making through the implementation of the personalised agenda. This radical change was driven by the unrelenting pressure from service users to be central to any decision making that impacted on their lives. This pressure resulted in the launch of the transformative Putting People First programme delivered by the Department of Health in collaboration with the Directors of Adult Social Services in Local Authorities.

Significant legislative change lay at the core of the programme combined with new operational policies and a substantive training programme for Managers, Social Workers and Social Care staff. The aim was for public servants to change the way they worked with local residents. Public servants were encouraged and expected to empower those that we were there to serve. The programme also implemented significant changes to a system that had become overly bureaucratic and had lost the voice of the most vulnerable.

The opportunity for people to have Direct Payments and Personal Budgets was an element of this new Adult Social Services offer. Direct Payments and Personal Budgets enabled local residents to have much greater control over the services that were purchased to meet their needs.  Implementation of this approach did not occur without some challenges. One of the key concerns raised by the Borough Treasurers was assurance that by giving money directly to the individual, it would be spent effectively – after all, the money comes from the public purse!  These concerns were worked through and systems were put in place to mitigate the risks and facilitate a change in how services were purchased.  There was significant discussion with local health services at the time about opening Personal Budgets to health services. Alas this remained only discussion, as a result we entered a period of disconnect and a widening of the gap between health and social care commissioning, provision and service delivery models.

Over time, the social care personalisation movement gathered pace with clear evidence emerging that the changes were facilitating people in need to have much greater control of their lives.  With the ageing population and the evidence base for personalisation growing, the NHS came under pressure to consider new ways of working. Through a series of legislative changes, a new agenda for change was established that would influence how the NHS would be organised, governed and commissioned. The publication of the Five Year Forward View provided the NHS with a new Mandate for future change.

One area of work that sat alongside the Putting People First transformative agenda was a change in thinking about End of Life Care.  An End of Life Care policy workstream was established by LondonADASS which in time enabled ADASS to create a national policy work stream within this field.    ADASS was then invited to become a Partner to develop a new framework called Ambitions for Palliative and End of Life Care: A national framework for local action 2015-2020. Following publication of the framework the profile of End of Life Care was raised significantly. This framework challenged those providing care to be person centered and responsive to people’s wishes and feelings as they approach the last year of their life.

To ensure that the framework was monitored and implemented a new and strong representative Ambitions Partnership was developed.  The Partnership is led jointly by Prof. Bee Wee, National Clinical Director EOLC NHSE and Dr. Jane Collins, Chief Executive Marie Curie as co-chairs and as part of the work programme of the Partnership it was agreed that each meeting would have a deep dive session around the six ambitions. 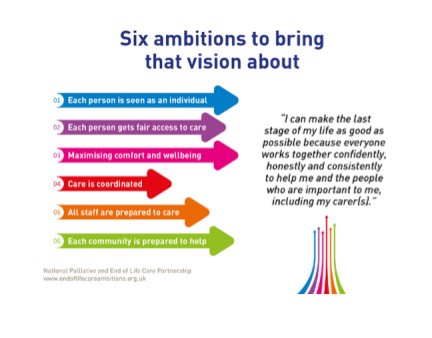 A few months ago the Ambitions Partnership had a deep dive into Ambition One:  that each person is seen as an individual. But what does that really mean and how can we make a difference in our practice to make this a reality?

The deep dive noted that the voice of those receiving care and support is heard and this has improved over the last few years. However, we need to ensure that this is sustained acknowledging that change needs time to be embedded.  It is important that throughout that time of embedding, priority is constantly given to improving the experience and quality of care delivered to people in need.

As part of the NHS reforms, Personal Health Budgets have now been established, under the leadership of James Sanderson, Director of Personalised Care, NHSE.  My frustration remains over why this has taken so long. I am however, more optimistic now that a real collaboration between health and social care can be forged via the Ambitions agenda.  At a recent meeting the Partnership discussed the synergy of how PHB’s are being rolled out and the opportunity that exists of providing people in their last year of life the opportunity, should they choose, to take advantage of having them.  The exciting aspect of this development is that at last people who have had social care budgets can move towards switching to health budgets as they manage their support needs, albeit at the moment as a work in progress.  The Personal Health Budget movement is growing and the same momentum that was established within Adult Social Services is starting to develop.  The benefit now is of course that social media can help and James and his team are regularly reaching out to people who have had a PHB to share their experience so that others can learn and reduce the anxiety that people may have about new ways of working.

So it may have taken ten years to happen which is clearly too long, however I am optimistic about the future and I can see a time when despite the potential risks and barriers being put in place the world of health and social care can have a greater appreciation of each other and in turn serve its people better.  So I do believe that the silos will begin to break down and I do believe that individuals will continue to have a strong voice that in time will get stronger and enable unprecedented practice to emerge.  This will only happen however, if like those risk averse Borough Treasurers back in the day, new systems and ways of mitigating the risks can be found.  So if in a position of authority that can make this change happen please continue listening to the people, help them take risks and then innovation will have the chance to flourish and care will be individualised and Ambition one achieved. 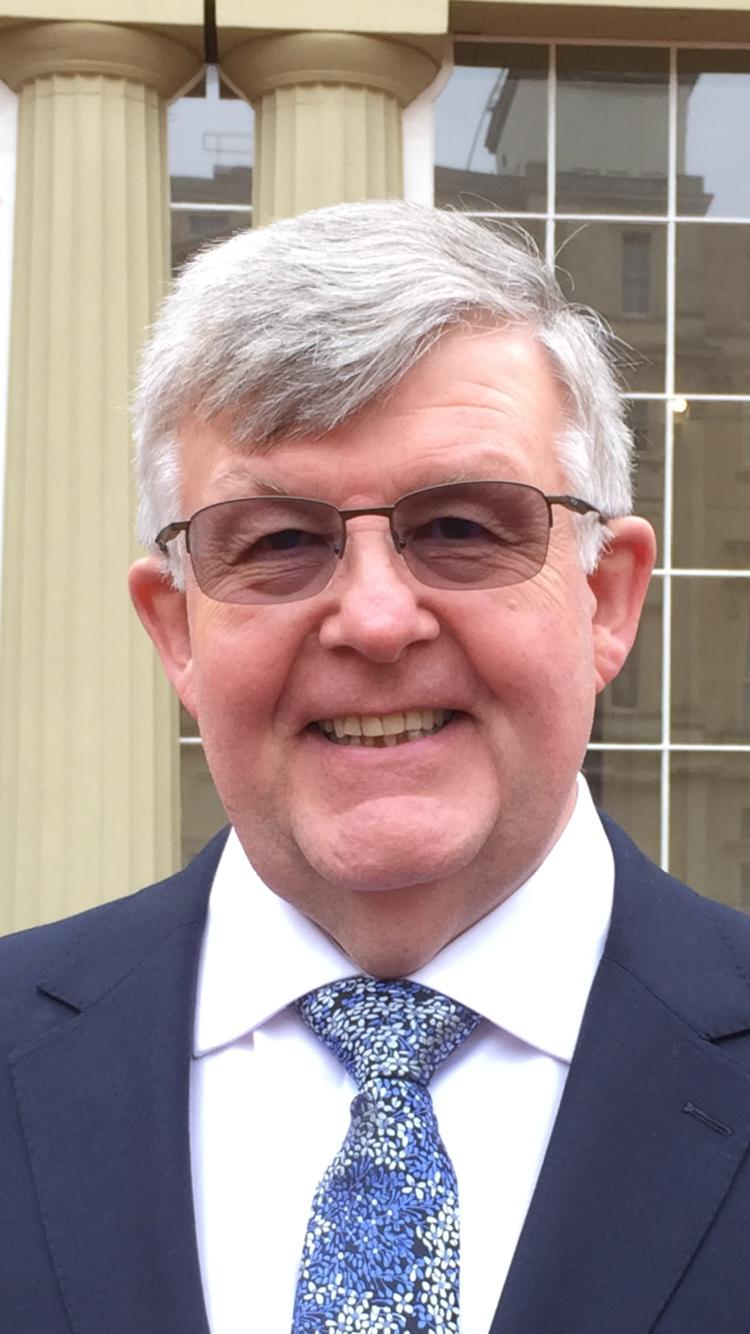