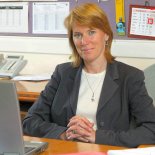 Sarah Pickup is due to take up her role as President of the Association of Directors of Adult Social Services and put on the ADASS chain of office at a ceremony at the Association's annual general meeting next week, April 18. She will be the sixth ADASS President since the new Association developed from its predecessor, the ADSS, in March 2007.

Sarah, who is director of health and community services for Hertfordshire County Council has previously been the ADASS Honorary Secretary and national lead for carers. She graduated from Sussex University with a degree in Economics and concentrated on finance and resource issues in the early stages of her career before taking up her current directorship. A member of Cipfa she also spent some time as chair of the ADASS Resources Committee and recently chaired the Association's Resource Workstream.

She said today that she was 'honoured' to have been elected the President of an Association "that has proved over and over again its capacity to affect profoundly and seriously both policy and practice within adult social care." Paying tribute to outgoing President Peter Hay she said "Peter has done a terrific job in representing ADASS in the debate about some of the biggest social policy issues of our age. I hope to be able to carry on that work as we confront the issues that will surround forthcoming White Paper and the Government's response to the Dilnot challenges."

The Association of Directors of Adult Social Services (ADASS) represents directors of adult social services in local authorities in England. DASSs have statutory responsibilities for the social care of older people and adults with disabilities, while over 50 per cent also run social housing departments. ADASS members might also share a number of responsibilities for the provision and/or commissioning of housing, leisure, library, culture and arts services within their councils.