I did a podcast a few weeks ago with some colleagues. It was quite overwhelming, but I am glad I did. I got to talk about working in social care as a woman, as someone working-class, northern, and from an ethnic minority. Even more liberating, as a Muslim! I have had so many other Muslim women speak to me about their experience, and this made me very grateful to have overcome my initial fear.

It’s now Islamophobia awareness month; and what better occasion to continue the conversation. It is still something challenging to do. How do you effectively write about Islamophobia, especially when we all know religion is such a personal experience? So personal, and, yet everyone seems to have an opinion regardless of their background; perhaps we ought to start by defining Islam (and Islamophobia in the midst) in a way that is less personal, less subjective, and less prejudiced.

Islamophobia has been defined as “dislike of or prejudices against Islam or Muslims, especially as a political force” by the Oxford dictionary. Phobia is fear of the unknown, often rooted in a lack of understanding. If an object or situation is foreign to us, we fear it; even if it is not a threat to us. I reflected as to whether I have experienced overt Islamophobic incidents, or comments, rooted in a commonly accepted definition of both phobia and, specifically, Islamophobia. Rest assured, I found myself being able to think of numerous incidents that I had locked away securely until the memory is triggered again. These incidents or events crosscut a range of ‘isms’: racism, sexism, and Islamophobia.

There is much to talk about Islam. A lot, too much, is often left to the imagination, or to an overly superficial level of our minds that is extremely susceptible to external influences and mundane flash news. We let our phobia, our fear of the unknown, take over; and rather than confronting it fully and with courage, we let trivial events become perfect justifications for a semi-formed concept in our head that isn’t based on extensive (or even basic) knowledge.

A simple example: I am often challenged and asked how I can be both Muslim and a feminist. There is a widespread and profound myth that needs to be busted, that Islam oppresses women. Aren’t Muslim women forced to wear the hijab, and aren’t they considered to be lesser than their male counterparts?

Firstly, ask yourself: why do I believe in this? Have I got concrete, sound, and substantial evidence to confidently say this is a recurring occurrence with causal correlation?

The Quran explicitly states that men and women are equal in the eyes of God and forbids female infanticide, instructs Muslims to educate daughters as well as sons, insists that women have the right to refuse a prospective husband, gives women the right to divorce in certain cases. Islam, in the Hadith, states: “Seeking knowledge is a duty of every Muslim, man or woman”41;  “One who treads a path in search of knowledge has his path to Paradise made easy by God…” 42.; and “I never fail to reward any worker among you for any work you do, be you male or female – you are equal to one another.” (Quran, 3: 195).

I do not deny inequality exists within Muslim communities and in their cultural norms, resulting in denial of education, unequal salaries, and forced marriages. In fact, from personal experience, I know how hard I had to fight hard to access education and work opportunities coming from a traditional family. Yet today I am proud to say I work in social care, one of the most rewarding of jobs. And once upon a time, the two wives of Prophet Muhammad (peace be upon him), were known as being a tradeswoman and a teaching scholar. Similarly, eight countries in the Muslim world are proud to have had Muslim women as their heads of state, including Turkey, Indonesia, Senegal, Kosovo, Kyrgyzstan, Bangladesh (two! different women), Pakistan, and Mauritius. Many Muslim countries—including Afghanistan, Iraq, Pakistan, and Saudi Arabia—have or have had an incredibly higher percentage of women in national elected office than some non-Muslim countries. It’s not Islam that oppresses women, but people in positions of power that use religion as an excuse to justify the oppression of women.

We all have a collective responsibility to do something and this starts by raising awareness and acknowledging that there is a long way to walk for ourselves before we can confidently say we do not fear the unknown – we embrace it because we know we have the curiosity and openness to learn from it. This November I would like to encourage you to do exactly this: embrace your Muslim neighbor and be open to what they can teach you. I can assure it will be a rewarding and enriching experience for both of you. Take this opportunity to ask the questions that you are intrigued about but not asked for fear of offending. I can’t speak for everyone but as a true Yorkshire Lass it would take a lot to offend me! 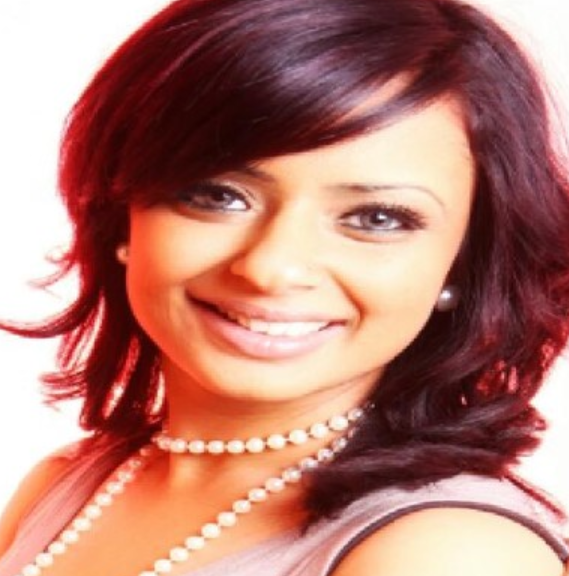