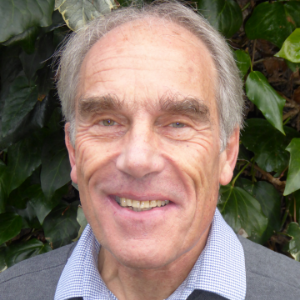 Brian Parrott stood down as an ADASS Trustee last week. He writes about the organisation’s past, present & future

An announcement will be made this week of a new Trustee elected from among Associate members to the ADASS Trustee Board. It will bring to an end my formal involvement nationally in ADASS (and previously its predecessor organisation, ADSS) over the last 21 years. Firstly as Chair of the ADSS Resources Committee in 1999 as a ‘Director of Social Services’. Then Executive Council member, Regional Branch Secretary, ADASS Associates Network Co-chair and Trustee, with various gaps in between.

Would you be able to write something which gives a historical perspective, please?

No wonder when the ADASS staff team are stuck trying to remember back, especially since Drew Clode retired, I seem to get a call.

‘How sad’ too, I hear some of you say - sardonically. ‘He must love committees’.

No, not at all. Rather, like so many others - Directors, Associates, Extended members & Principal Social Workers, just a compulsive drive to demand improvement for people’s lives & their treatment by public services. A lifelong wish to ‘change the world’. Or in our part of the world and language, to make the concepts of personalisation, normalisation & egalitarianism meaningful.

But I’ve always also been someone fascinated by history: what we could learn, what we do learn, and what we fail to learn. Repetitive organisational restructurings and naming redefinitions in social services are an excellent example, bettered (or worsened) it seems only by the NHS.

It’s probably because of this mix of the personal and the historical that Cathie Williams asked me to write something for the ADASS website.

Where did I come in? Again like others, it was to the new age of ‘Social Services Departments’ immediately after the Seebohm 1968 report:  ‘providing a community based and family orientated service which will be available to all.’

The new social services departments ‘would shift the focus of social work from the individual, the family and their problems, to the community, its needs and rights.’ Well?

The 1971 implementation of this new approach to post war children’s, welfare and mental health services coincided for me with social work qualification. The ideal opportunity to bring my 1960s radicalism into a paid career, transforming the lives of people (if not the world), and with opportunities to follow through all that rebelliousness & social change ambition from my youth.

1970s saw specialisms diminished (not exactly as Seebohm envisaged). ‘Intake’ teams were soon established in local authorities to try & control the levels of demand engendered by these Seebohm ideals & high expectations of the likes of many of us. Local ‘patch- based systems’ and ‘community social work’ were invented as the 1970s became the harsher 1980s. But regular child abuse review reports announced that something was wrong. The 1989 Children Act followed. Mental health had been reshaped by 1983 legislation.

And then Social Care ‘took off‘(my words) in the Community Care reforms of the early 1990s. Many readers of this piece will remember well. These were interwoven with NHS legislative changes but, still so typically, without any joined up planning or regard to the consequential impacts of one on the other.

The bruises of being a director showed up soon after being appointed early in 1995. I sought to arrest a seemingly unstoppable overspend. The NHS and care providers seemed to think they only had to send in the bill to the local authority.

But like other directors & ADASS Presidents of the day I believed passionately in the unified nature of social services, the values & skills of social work underpinning important aspects of both adults and children’s services.

It wasn’t all ‘easy’ in those days, lest any readers might think so. Not least because expectations were fuelled by a Labour government & the demands of Secretaries of State – Frank Dobson & Alan Milburn, following on the equally ambitious Virginia Bottomley & Stephen Dorrell. Budgets had actually been tightening ever since 1975 but ‘growth’ and ‘development plans’ did still exist, at least until the early 2000s.

My first ADSS annual Spring Seminar as a Director featured a somewhat alcohol-fuelled new President making an after dinner speech interspersed with casual misogynistic jokes to an overwhelming male body. I was not alone in feeling embarrassed. Was this the august body which I had joined? Similarly my regional branch meetings then comprised just six county directors, all male of course, some just wanting just to compete & show off as we rotated branch meeting dinners. Was this really a status symbol for the particular local authority or just a self-indulgent director egocentric excess?

But at last, Anne Parker, Berkshire’s county director’s election as ADSS President in 1997 symbolised change. Anne’s modesty, kindnesses & intellect inspired many future directors who passed through that county before it was abolished. Anne, with several of us from that era – female & male - have continued to meet up socially.

A sequence of able Presidents helped ADSS into a new millennium up to the separation of ways between adults & children.  As Resources Chair I worked most closely with Jo Williams, Moira Gibb & Mike Leadbetter. Implementation of new DASSs & DCSs by local authorities happened at different dates through the first half of the 2000s.

I was opposed at the outset to the organisational separation of adults and children’s services. Not because it might not have become time for some changes & made some sense given the changing legislative & resource context of the time. But because some of us knew all too well what centrally dictated organisational change does to continuity of services to those who most need them, destroys functioning leadership arrangements and demotivates staff. But we never learn. Dare I ask how many local authorities have re-joined adults & children under single directors in recent years?

ADASS and ADCS went their separate ways in 2006. ADASS quickly became an effective & credible organisation, in no way inferior to ADCS, as some had anticipated. I worked as Director in three other local authorities (one DSS, two DASSs) during the 2000s.

Like other ADASS Associates I learned, as perhaps you only can ‘on the inside’, about how the NHS really operates, as a non-executive director & Trust Chair. I undertook umpteen reviews, advisory remits, safeguarding adults board independent chair & voluntary sector roles to this day. Some will continue.

But there comes a time with ADASS…

So what of Social Care now? What of its ‘Directors body’ in 2020? Thankfully so much has changed since the mid-1990s. ADASS has a far more inclusive, engaging & welcoming approach to its wider membership. But there is still a pressing need to address the shortfall of Black, Asian & minority ethnic background colleagues as directors, senior leaders, and most obviously on the ADASS Trustee board. The improvements under Roy Taylor’s presidency in the early 2000s were not sustained. The strong start made recently by the ‘Equality, Diversity & Inclusion Working Group’ led by Cath Roff needs to be maintained by good engagement (& challenge, I hope) from Extended Members & PSWs.

Predictably though, I can’t depart without leaving a ‘shopping list’ for ADASS and the period ahead. Next year & beyond. My focus is unsurprisingly on the external world - people with lived experience & carers, partner organisations, politicians & the public.

Future expectations and hopes of ADASS

Be crisp & strong about what ADASS stands for. Always demonstrate that our primary interest is pursuit of the very best possible social care services to people of all ages (18-100+) in England & those who are supporting them. And in the form which people say they want or need.

So I have probably changed a bit in a near 50 year career in Social Services/Social Care, 15 on & off as a Director, and 10 years since. In other respects I don’t think I have.

ADASS though will certainly need to continue to change. It must be inclusive, ambitious and impacting where and how it matters. It has to recognise the resource, political and public health moment. More than ever it will continue to need passionate & enthusiastic volunteers among directors & senior colleagues for key roles in regions, policy networks, Executive Council and the Trustee board.

But as I remind Suffolk’s Director, ‘I’m watching; I’m not going away’. I can’t spend all my later years travelling to faraway places (if and when covid again allows), climbing mountains or playing with grandchildren. So until I’m carried out or locked up ‘I’ll be causing trouble - in the friendliest & most supportive way possible’. The same passions endure from well before I first became a social worker or a Director.