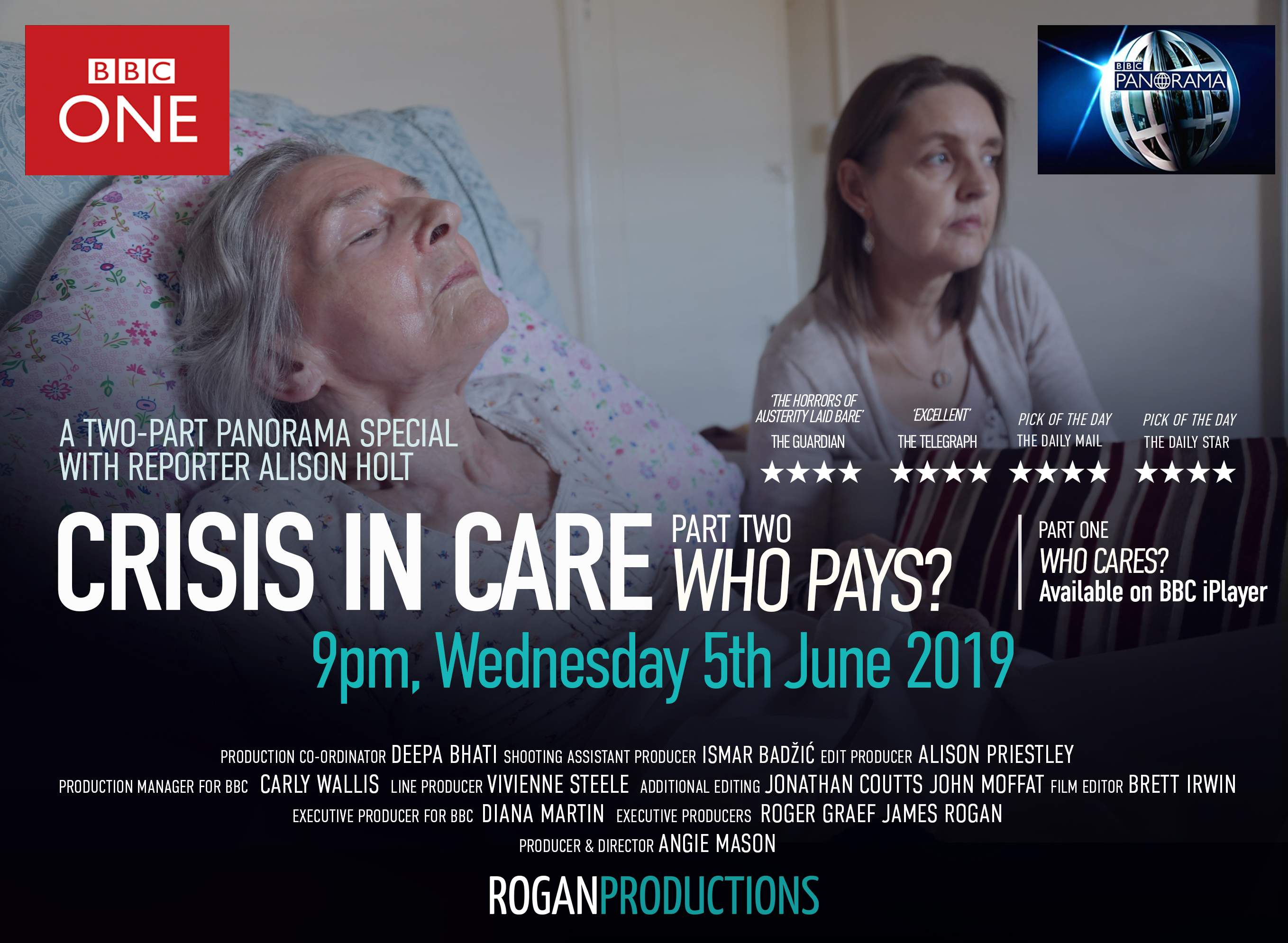 Over 10 months, a small team from the BBC’s Panorama programme documented the realities of how the care system is working in England. With the participation of the Somerset County Council, the two-part documentary follows the stories of people in need of care care and of the people trying to provide it. The first episode, Who Cares?, aired on Wednesday 29 May, and the second episode, Who Pays?, is due to be broadcast on June 5th.

Jean, Owen, Martine, Helen: their stories highlighted the shortcomings of an adult social care system on the brink of collapse, lacking adequate funding, a credible workforce strategy and in desperate need of sustainable reforms. But they are not the only ones: the pressures faced here are being felt across the country, as the demand for help from an ageing population increases and local authorities struggle with tight finances. It’s now pivotal to get involved and put these issues up on people’s agenda.

As a result of the government’s austerity programme, funding to Somerset council

Anything cut by two-thirds is no longer fit for purpose.

A meal. A roll of carpet. A film. And, very much, a social-care budget.

Various reporters have reviewed and wrote about the documentary: 'Excellent' The Telegraph ★★★★, 'The horrors of austerity laid bare' The Guardian ★★★★, 'The Government should hang its head in shame' Somersetlive, whilst Alison Holt, BBC social affairs correspondent and reporter on Crisis in Care, has written a detailed article about the people featured in both programmes for BBC news. Rogan Productions, the documentary's film crew, have published a detailed report of their experience of making Crisis in Care.

Share this story across your digital channels  - and please do tag @1adass, @somersetcouncil, and/or @BBCPanorama, using the hastags #BBCPanorama and #CrisisinCare so we can retweet your posts. Rogan Productions have also released a series of clips on social media containing footage from episode 2, which can be found and shared via the links below: Clip 1  Clip 2  Clip 3.