I have co-chaired the Network for the last 13 years, and been an active member of since 1996, a grand total of 23 years!  I wanted to reflect positively on the last 23 years and look back on what ADASS has achieved in this time, but also emphasise when ‘development opportunities’ can turn into a positive career and life experience.

First I want to recall my start as a member of the Committee and remember some of the key people. Mike Lauerman, Director Social Services in Cleveland and then later Hartlepool, first approached me in 1996 asking if I wanted a ‘development opportunity’ by becoming a member of the Association Directors Older People Committee. They were looking for new volunteers and, for the first time, they were accepting non-Directors. I was a Service Manager in Social Care at the time and I seized the opportunity - it wasn’t often that Officers at my level were afforded such opportunities.I was thankful for his offer.

When I started in the Older People Committee in 1996, Martin Shreeve (formerly DASS of Wolverhampton) was the Chair and I was very quickly installed as the Secretary being the lowest ranking member of the Committee. I have to say - I was in awe, I had heard the names of some of these Directors but never thought I’d actually get to meet them and be their Secretary! Glenys Jones, Richard Humphries, David Johnstone, Mervyn Eastman, Jeremy Ambache, Chris Paley; names which probably don’t mean much to the younger generation of senior managers today, but that are people who  helped shaping policy in our country and in particular for their role in developing the Community Care Act introduced in 1993. The 1990s was a very exciting time: the Community Care Act meant that Councils could be imaginative with new funding, many even considered giving individuals their own personal budgets!

The Committee quickly provided me with development opportunities, I learnt about good practice, heard leaders in the field talk about policy development and observed and noted their leadership styles. I was also struck by the commitment and passion from people involved in the network, very much so in the voluntary sector, most notably at that time with Age Concern. After a few meetings I finally got the courage to speak and the Directors decided I might after all have more to offer than my minute taking skills. They asked me to attend  a couple of policy meetings with the Department of Health staff. This created some fantastic opportunities and I was able to assist in discussions surrounding the introduction of Better Care for Older People, a national network of older people groups formed by Ministers across the Country, and then the very first National Service Framework for older people which was publicised in 2001. Although my role was very much on the periphery, what struck me was the time it took to develop these policies (almost 3 years in discussion). In 2002 I was promoted to an Assistant Director role in Knowsley and the development opportunities kept on coming. I worked alongside  Chris and Glenys (who sadly died few years ago) on inverting the ‘Triangle of Care’. I often chuckle when I still read references today to the work we produced.

Working with the Association raised my own profile nationally and provided me with more development opportunities. I was invited to lead nationally on safeguarding adults, a role I undertook for 3 years. We wouldn’t have been able to influence the review of ‘No Secrets’ and the introduction of the new legislation without the dedicated support of the National Safeguarding Group- a dedicated group of Council staff members that were invaluable in shaping the legislation.  On becoming a DASS in 2005, I continued to be an active member of the Older Peoples Committee and fortunate to be offered the opportunity to work with SCiE and NICE on clinical guidelines on the management of dementia. This work was timely, as the following year the National Audit Office published a highly critical report about the quality of life for people with dementia and their families – work that also quite rightly led to the National Dementia Strategy implemented in 2008.

In 2006, my colleague Dawn Warwick and I were voted in as Co-Chairs of the Committee, (later changed to a network) by our peers. We worked tirelessly on a range of new policy areas. Dawn and I assisted John Dixon (ADASS Chair) and Jenny Owen, Vice Chair, with the vision and principles in the concordat ‘Putting People First’. The agreement enshrined the first steps on the road to ‘personalisation’.I attended lots of meetings with Lord Darzi, who at the time was reviewing the NHS and the interface with social care. In 2008, I prepared a position for ADASS entitled ‘Standing at the Crossroads’ before the then President Jenny Owen and I were invited to the All Party Inquiry Committee into adult social care funding and policy. I have to say this was probably one of the most stressful experiences of my career. Of course giving evidence in Parliament is more common now, and it probably comes naturally to a lot of people, but I would rather have faced a day on an SAS assault course! I mustcan’t have not upset too many people though, as in 2009 I was invited to 10 Downing Street to discuss a range of older people issues and my work as a DASS in Halton.  It was one of the pinnacles of my career and I recall reluctantly making my way out very slowly.

I have enjoyed every minute of my time working with the Association. At times it has been hard work but important to develop our future leaders via the opportunities the Association provides to non-Directors as well as serving Directors. And there is still so much to do!. So as another chapter in the Association’s life begins, if you are interested in promoting social care and are able to commit some time to the Association’s work, give it some thought and think about what opportunities it can bring to you personally, to your career and most importantly to improving outcomes for people we support and care for. 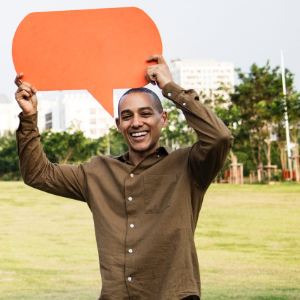